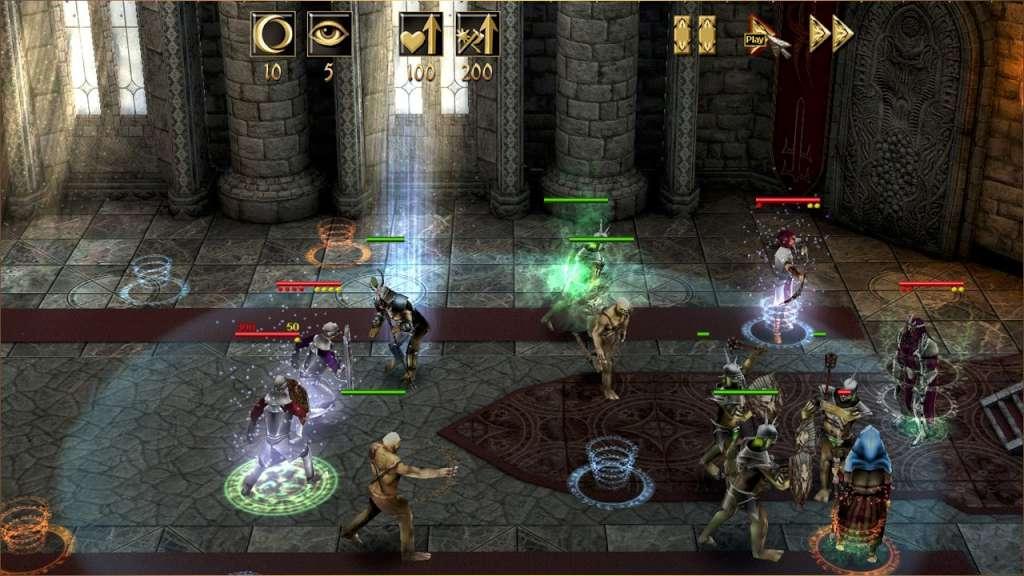 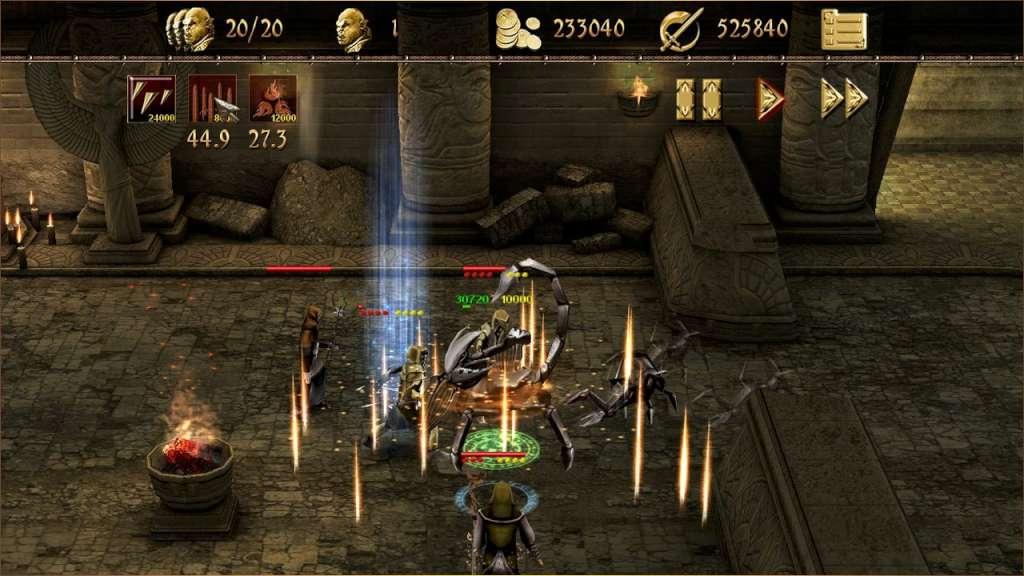 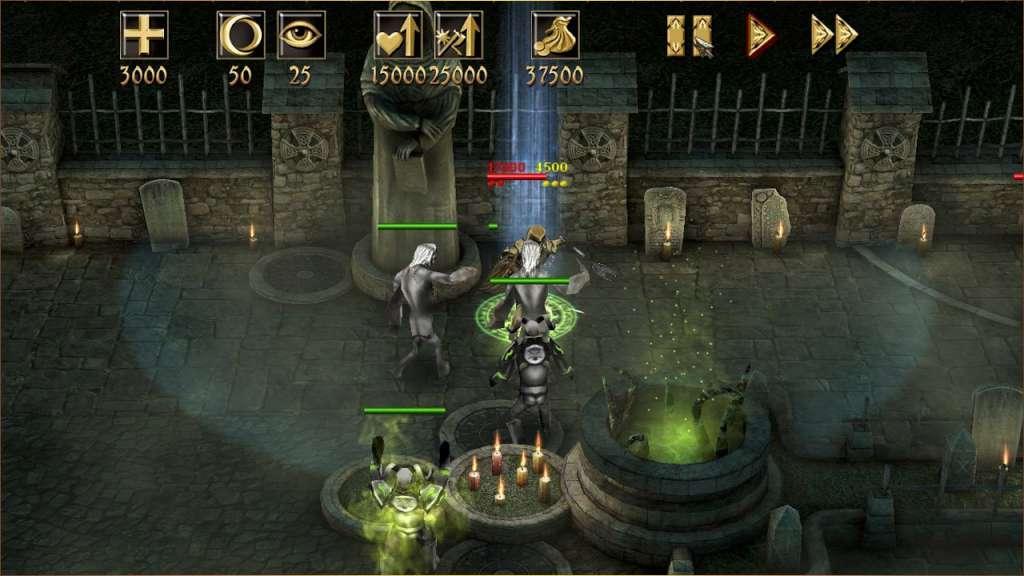 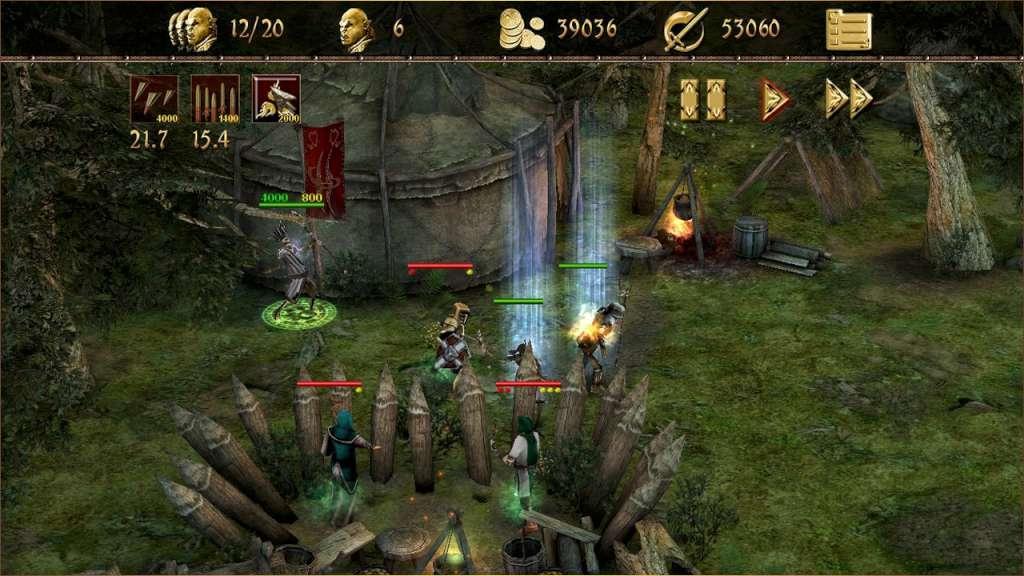 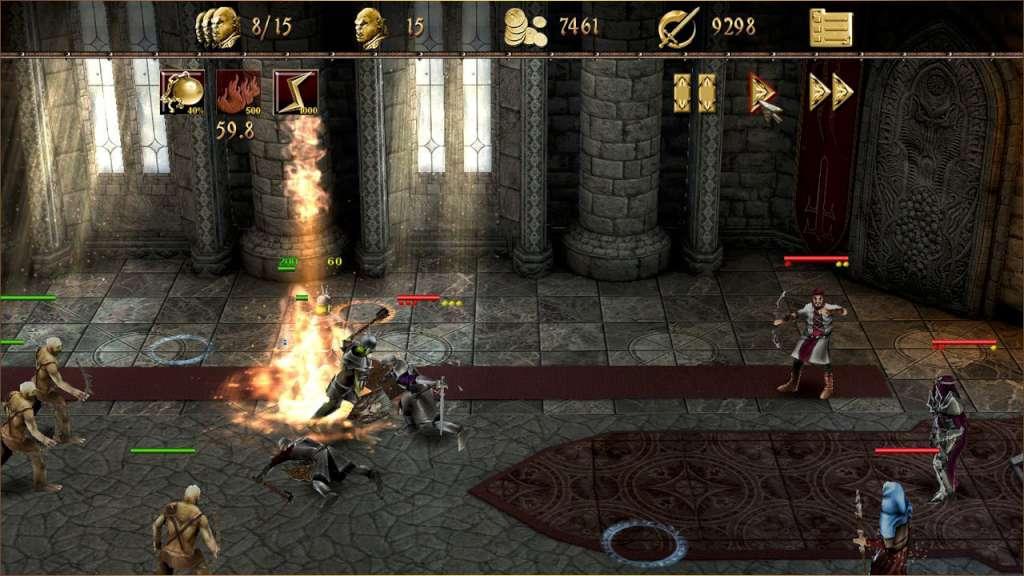 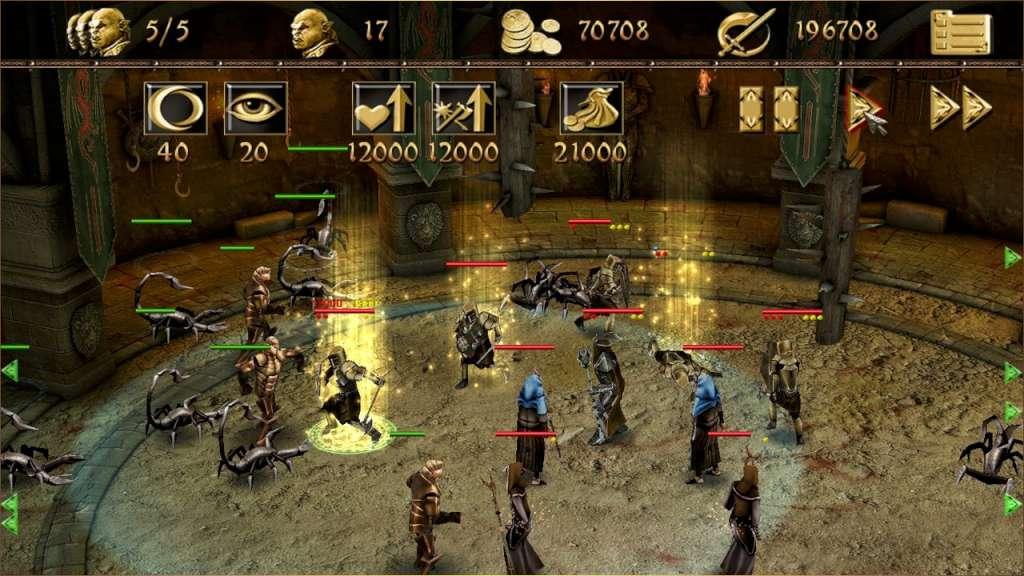 While the bloody battle between Gandohar’s troops and the armies of the Orcs is raging in front of the gates of Oswaroth, the emperor waits in the depths of his palace on the outcome of the struggle for power. However, he does not know that an elite troop of Orcs, led by Rogdor, is making its way through secret paths into the fortress and is now close to the portals of the throne room… Utilize the opportunity to slip into the role of the Emperor Gandohar and his henchman Sordahon! These villains from the "Two Worlds" universe are now playable for the first time ever in this strategy game, thus opening an entirely new perspective into the vast world of Antaloor. Using foresight and skill, you must defend abandoned ruins, dark forests and winding catacombs against the onrushing Orcs. Ward off each attack with clever tactics and weaponry, defending Gandohar's throne in the Oswaroth fortress! Are you ready to break the high score and confront the ultimate Castle Defense challenge against opponents from around the world?