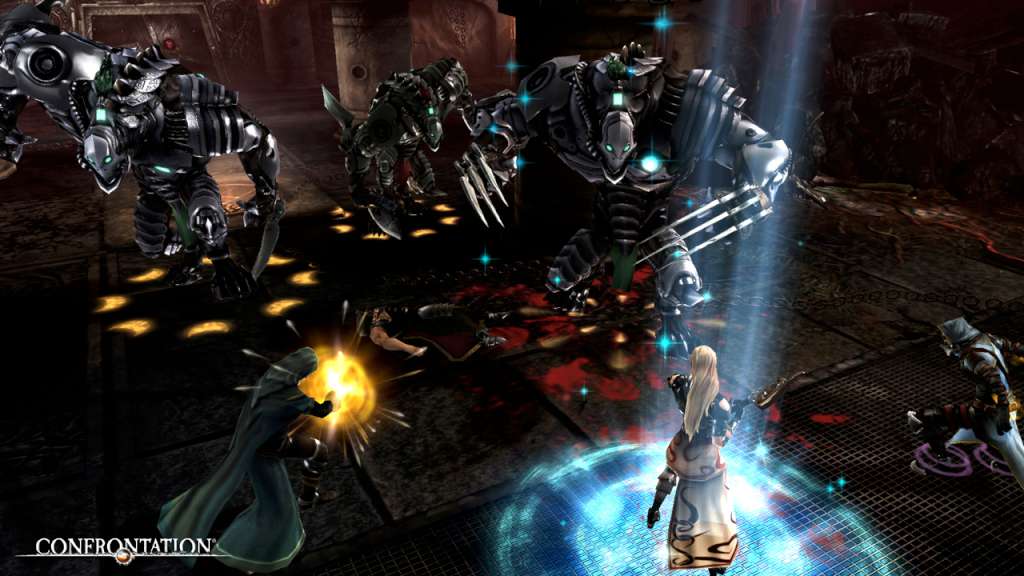 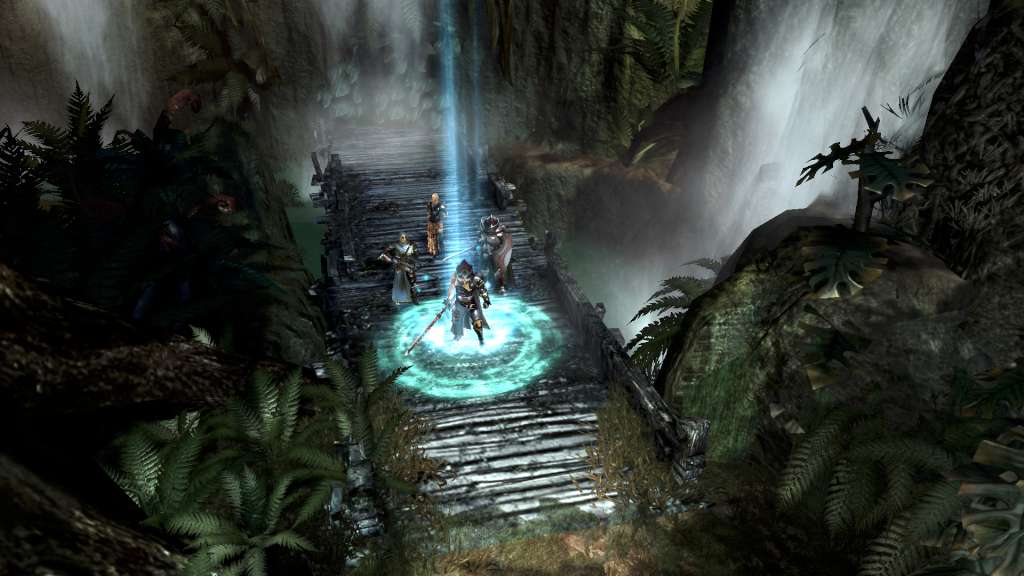 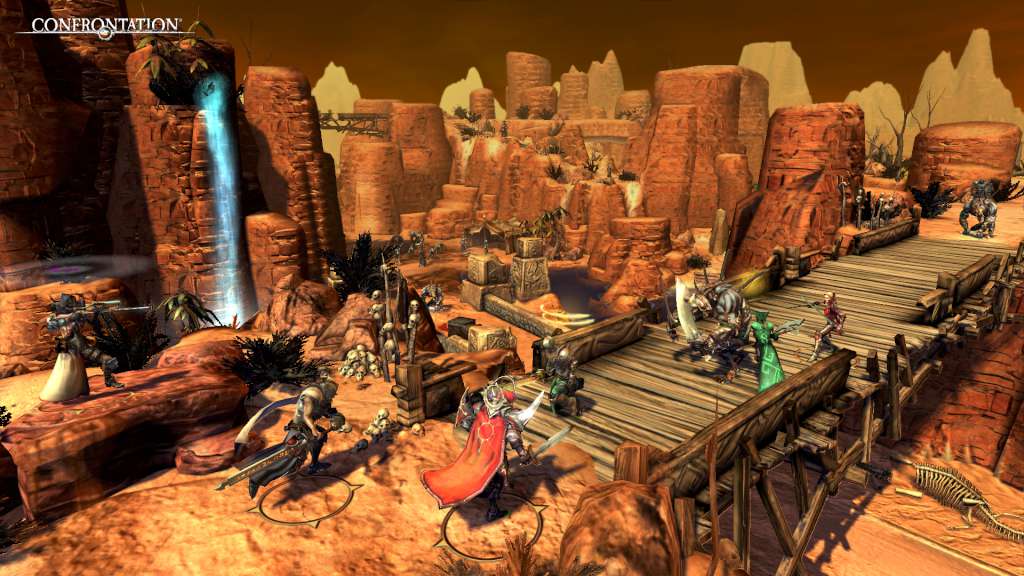 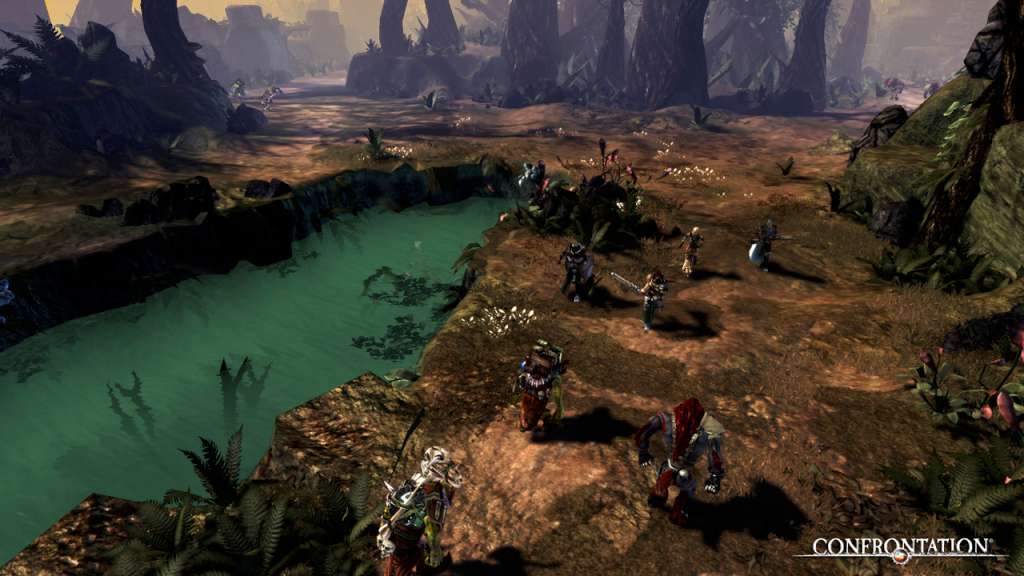 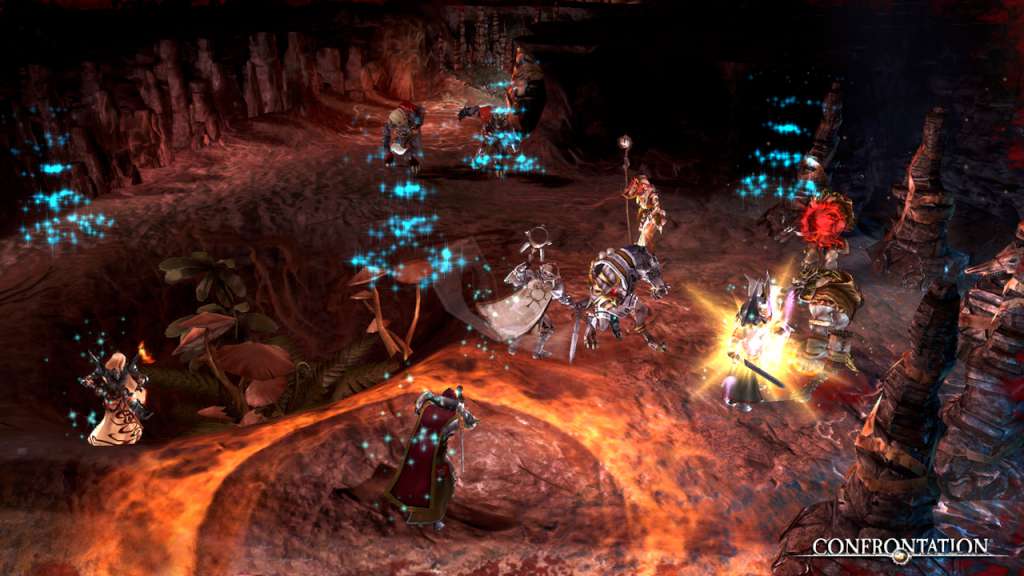 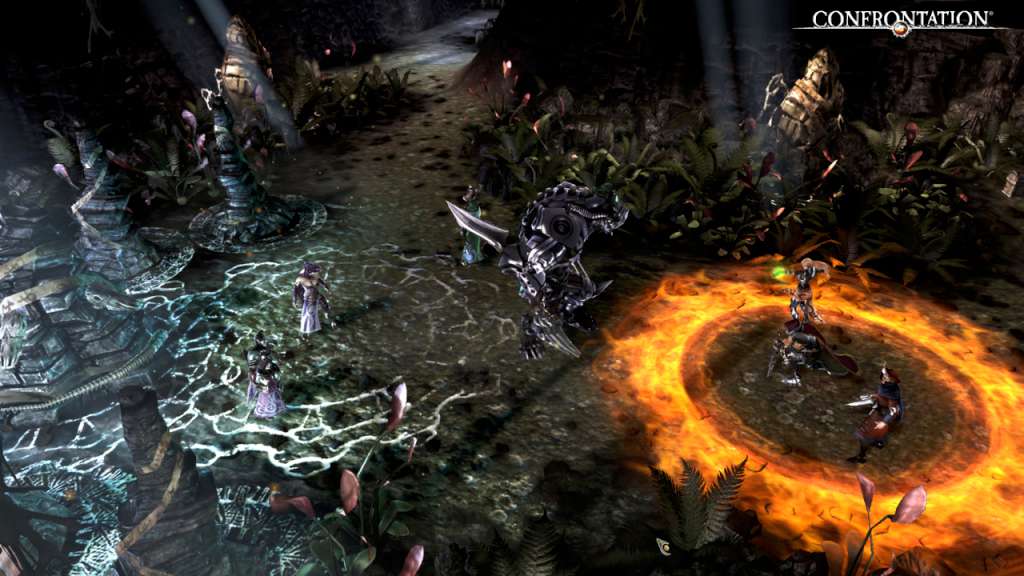 Confrontation is a strategy video game adaptation of the fantasy miniature wargame by Rackham. Developed exclusively for PC by Cyanide Studio (Blood Bowl, A Game of Thrones), Confrontation finely mixes strategy and numerous role-playing game elements, offering a rich, unique gaming experience, and emphasising tactics and intense battles. The game is set in the fantastic and original universe of Confrontation, Aarklash. As the Age of Rag'narok is approaching, you will take the lead of a troup of elite Griffin warriors infiltrating enemy territory in order to bring an end to the Scorpion threat. During their journey, they will have to face numerous threats, such as the fearsome creatures of the Alchemists of Dirz, the brutal Orcs of Bran-O-Kor, or the ferocious Wolfen pack. The route will be full of danger before they reach their destination in the depths of the Scorpion’s lands. You will have to astutely lead and develop your squad in order to obtain victory. Recruit and develop the soldiers and creatures that will fight by your side, and establish sharp tactics to annihilate your enemies ! Careful management of your units, their powers and skills, as well as clever use of your environment will get you through near-death situations and lead you to epic victory ! Confrontation also shines in multiplayer. Choose the faction you'll side with : Griffin, Scorpion, Wolfen or Orc, and battle other players' elite squads from all around the globe. Level up, unlock new units, and claim supremacy on the battlefields !

Other
INTERNET CONNECTION REQUIRED FOR ONLINE GAMING AND GAME ACTIVATION Availability: Only 43 left in stock